A Celebration of the Life of TERRY THOMAS

With special thanks to Mrs Christine Smith and the whole family who agreed to hold this celebration of Terry’s life; the Pontarddulais Town Band; the Gorseinon Workmen’s Club and the NUM (South Wales Area).

It would be very helpful to the organisers if those intending to be present could contact Siân Williams, Librarian, South Wales Miners’ Library on 01792 518603 or miners@swansea.ac.uk

Eluned Morgan, AM for Mid & West Wales, aptly described Terry Thomas as ‘one of the key movers and shakers of the Labour Party in Wales during the 70s, 80s and early 90s’.Terry, who passed away in 2016 aged seventy eight, certainly had a long and distinguished career that spanned numerous organisations and unions. This post draws attention to the achievements of Terry’s life, includes several tributes from the world of politics and highlights his close relationship with the South Wales Miners’ Library from its very early days. 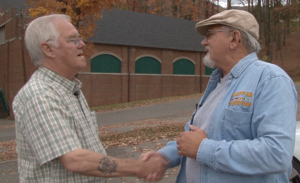 Terry was the Vice-President of the South Wales NUM between 1983-1989, occupying this role during one of the most tumultous and traumatic periods in the history of Welsh industry. Terry experienced the hardships of the 1984-5 strike, describing its defeat to the New Statesman as a ‘defeat for the working class, a defeat for us all’. Terry was instrumental in getting the miners back to work, proposing the resolution that eventually passed. In the same interview, he summarised his reasons for doing so:

The men returned to work not because they had stopped believing in what they were fighting for . . . Houses were being repossessed, marriages were breaking up, the kids were going without, and there was no end in sight. We were not now picketing steelworkers to try and stop coal or steel. We were picketing people who had stood on the picket lines with us for a whole year. Proud, strong miners crying because they were going back to work. We had no right to demand that they continue with the strike.

Terry worked as the political officer for the GMB in Wales after the strike, another role suited to his socialist principles. His commitment to the Labour Party continued; Eluned Morgan describes the tireless work he undertook leading up to the 1997 Labour win and describes him as ‘instrumental in knocking heads together in the party to deliver the Assembly for Wales’.

Following Terry’s passing, tributes emerged from across the political spectrum.Hywel Francis had the following to say about Terry’s career, his commitment to education and his special relationship with the South Wales Miners’ Library:

Terry Thomas was my friend and comrade for over forty years. Whilst he was well known in public life through his leading roles in the Labour Party, the NUM and latterly the GMB, my fondest recollections of him are for his outstanding commitment to improving the educational opportunities for working class men and women.From its creation in 1973, Terry was a keen supporter of the South Wales Miners’ Library – both in its historical and educational work. He was part of the first cohort of young miners which I taught in day release and residential courses at the Library in the mid 1970’s and over the years encouraged other young miners to improve themselves through education.He remained loyal to the very end attending Family History and other classes.

Neil Kinnock emphasised Terry’s passion for education and his dedication towards it :

He was the last of a bright, generous, instinctively socialist, wise, kind generation. He came to my WEA classes in 1968 and we were comrades from then on (despite a few tussles!)Labour owes him huge political debts . Terry said “I didn’t work for reward.” That made him bigger in my view.

Terry was remembered with articles in The South Wales Evening Post and BBC News, a reflection of the esteem in which he was held. 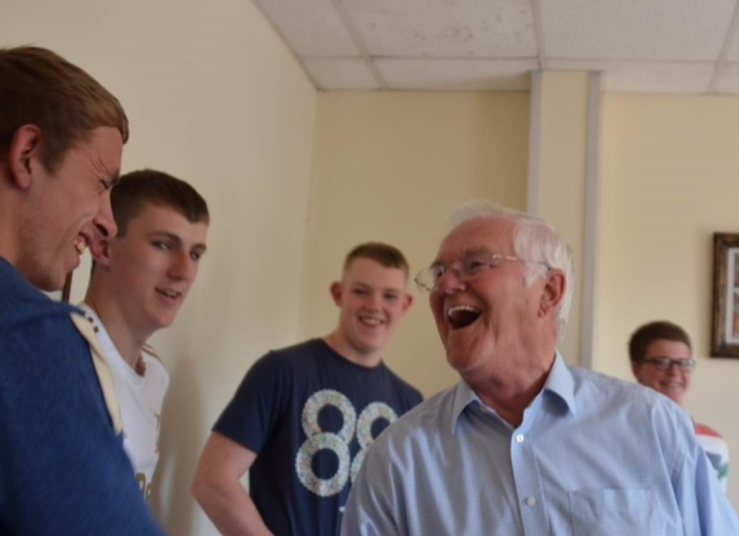